The NBCA AGM and annual conference which was held in Launceston in June proved to be a busy time for the Councillors and the NBCA Executive.

The conference received a detailed report from the hosting committee of the Gawler 2016 Championships and the Council extended warm congratulations on the successful staging of an excellent event. The support of Trinity College, the District Council and people of the district was an essential contribution in making the event such a success.

A detailed report was presented on the preparations for the 2017 Championships to be held in Launceston. This promises to be an event with considerable attractions for the banding community in such a picturesque and historical city. The planning by the organizing committee indicates bands experience superb venues for their performances and excellent prospective adjudicators.

As usual matters raised at the conference from all the State bodies were debated at length. It was again a busy couple of days for the Councillors and officials as they illustrated their passion and dedication to Australia’s band movement.

Minutes for the conference can be found here.

Executive Officer Change for the Council

Allen Woodham OAM, at left handed the duty of Executive Officer to Tony Schraven at the recent NBCA conference in Launceston. Allen, who has completed 10 years in the position, decided it was time for a change with a new face to drive the Council forward. “I have been extremely privileged to have served Australia’s band world in the position and am confident Tony will be an exceptional replacement to take the Council into the future,” Allen commented.

The State Councillors made a presentation to Allen after the election of the new officer and wished him every success for the future which was suitably endorsed by everyone present.

The National Band Council of Australia advises that nominations from interested persons are now being received for the position of Executive Officer of the Council as outlined in the NBCA's constitution. Interested persons seeking to contribute to Australia's band world are encouraged to submit a nomination for this position.

Nominations and all inquiries should be directed to the current Executive Officer and all nominations MUST be received by the close of business on Friday, 3rd June 2016. Nominations received after this date will be declared ineligible in accordance with Section 14 of the NBCA constitution. All nominations will be considered by the Council at its AGM as part of the annual conference to be held in Launceston from Friday, 17th June to Sunday, 19th June.

Nominations should comply with the NBCA's constitution and nominee(s) should acquaint themselves with Section 14 and Section 17 which details the nomination requirements and duties of the position. These guidelines can be referenced in the constitution which is available from the Downloads area of the NBCA web site. 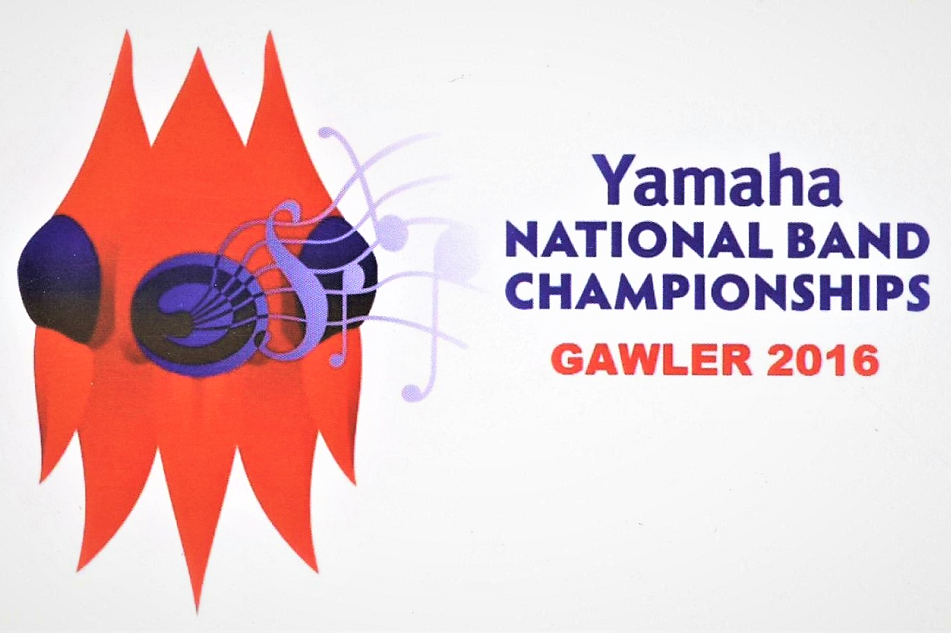 The complete results for the 2016 Yamaha Australian National Band Championships have now been posted in the Archives area for reference.

The 2016 National event proved to be everything that was expected and more with the excellent venues at the Trinity College Gawler. The Parade of Bands through the main shopping area drew a good crowd and motivated many spectators to then attend the inside events over the remainder of the weekend.

Many band people will have great memories of the Gawler contest with comments reflecting the appreciation for the hard work undertaken by the organizing committee, who produced the event, and the scores of volunteers who worked in various roles to make it all happen. The consistency of this annual event is always maintained by the hard work and dedication of the scores of people who volunteer their time to make it happen. Well done to these wonderful people.

The 2016 Yamaha Australian National Band Championships was declared a great success by bands, soloists, adjudicators, officials and visitors alike over the Easter weekend.

Holding the event at Trinity College in the City of Gawler, north of the City of Adelaide, proved to be an inspired choice as the city embraced the Championship with much enthusiasm. The streets were decorated with banners for days before the event, provided by the City, which added to the festive atmosphere that gave the bands a perfect setting for their Parade of Bands display on the Saturday morning which was live streamed across the world by Brassbanned.com. This part of the weekend can be seen here.

Local media added to the festivity with good support ensuring the Championships were given good exposure to the locals.

The weekend commenced on the Friday morning when the Brass Bands presented their Hymn and Test music for the adjudicators illustrating by their performances that many weeks of rehearsal had been devoted to preparing the bands to offer their very best While the Concert Bands performed throughout the Saturday the Parade of Bands unfolded in the main street of Gawler which attracted a large crowd in a carnival atmosphere. The local coffee shops did a great trade as people watched the bands strut their stuff with great displays and a variety of bright music.

On Sunday the brass bands returned to present their Own Choice and Stage March selections across the four grades before the adjudicators delivered their score sheets to the officials and the results were announced. The final day (Easter Monday) had a packed program of both brass and concert band soloists presenting their best to win their various sections with an option of then entering the Champion of Champion sections in both categories for both junior and senior sections.

The organizers chose a great venue for the Championships with ample room around the grounds for various food stalls and spaces where both competitors and visitors could relax and enjoy the company of like-minded friends, both old and new, and browse the varied trade stalls. The enthusiasm of the large contingent of volunteers who worked tirelessly throughout the weekend really made the event a success for the participants as things generally flowed along as planned. A huge 'well done' is directed to everyone involved for a great weekend of community banding at its best.

The full results of the weekend have been posted here.

The attention now shifts to Launceston for the 2017 Yamaha Australian National band Championships which will be held at Easter on the weekend of April 14th to 17th.