New Details for the 2015 National Contest 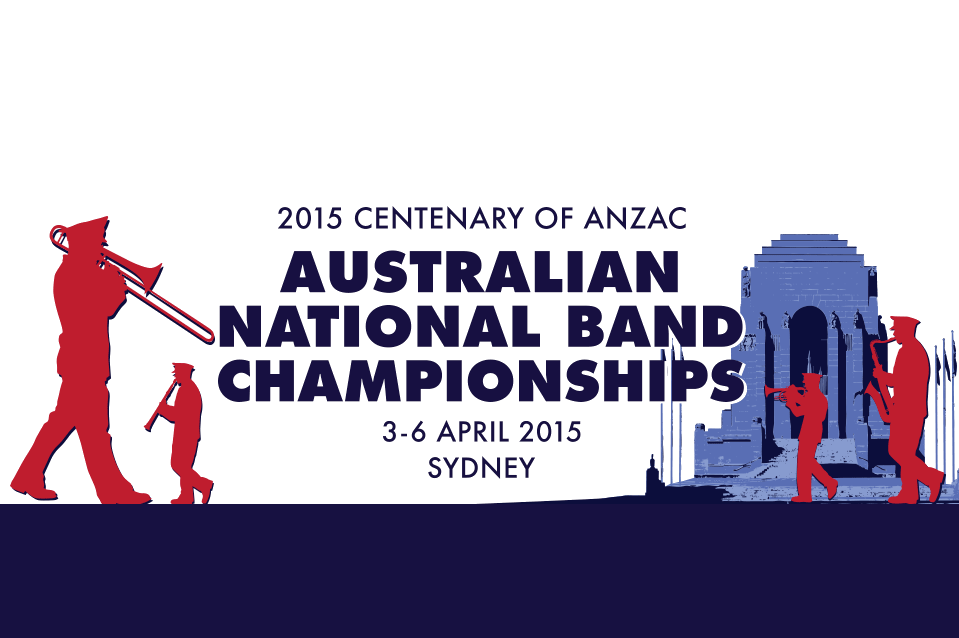 New details for the 2015 National Contest in Sydney have been released.

The Schedule for the 2015 contest has now been released and is available on the contest web site here.

The Approved March List for the ‘On Stage March’ has now been revised to a single list for both Brass and Concert Bands. The intent is to avoid confusion and give bands the flexibility of playing marches that can be chosen from the combined approved march list.

The 2015 Yearbook (contest regulations) has now been released. This publication details the regulations that govern the 2015 contest.

Both the Yearbook and the March List can be accessed from the Downloads section here.

The NBCA AGM and Annual Conference which was held in Sydney on 21st to 22nd June proved to be a busy time for the Councillors and the NBCA Executive.

The conference received a detailed report from the hosting committee of the Brisbane 2014 Championships and the Council extended warm congratulations on the successful staging of an excellent event.

A detailed report was presented on the preparations for the 2015 Championships to be held in Sydney. This promises to be an iconic event with celebrations marking the centenary of ANZAC as a major feature.

As usual matters raised at the conference from all the State bodies were debated at length. It was again a busy couple of days for the Councillors and officials as they illustrated their passion and dedication to Australia's band movement.

The minutes for the conference have now been posted to the Management Downloads area and can be viewed here. 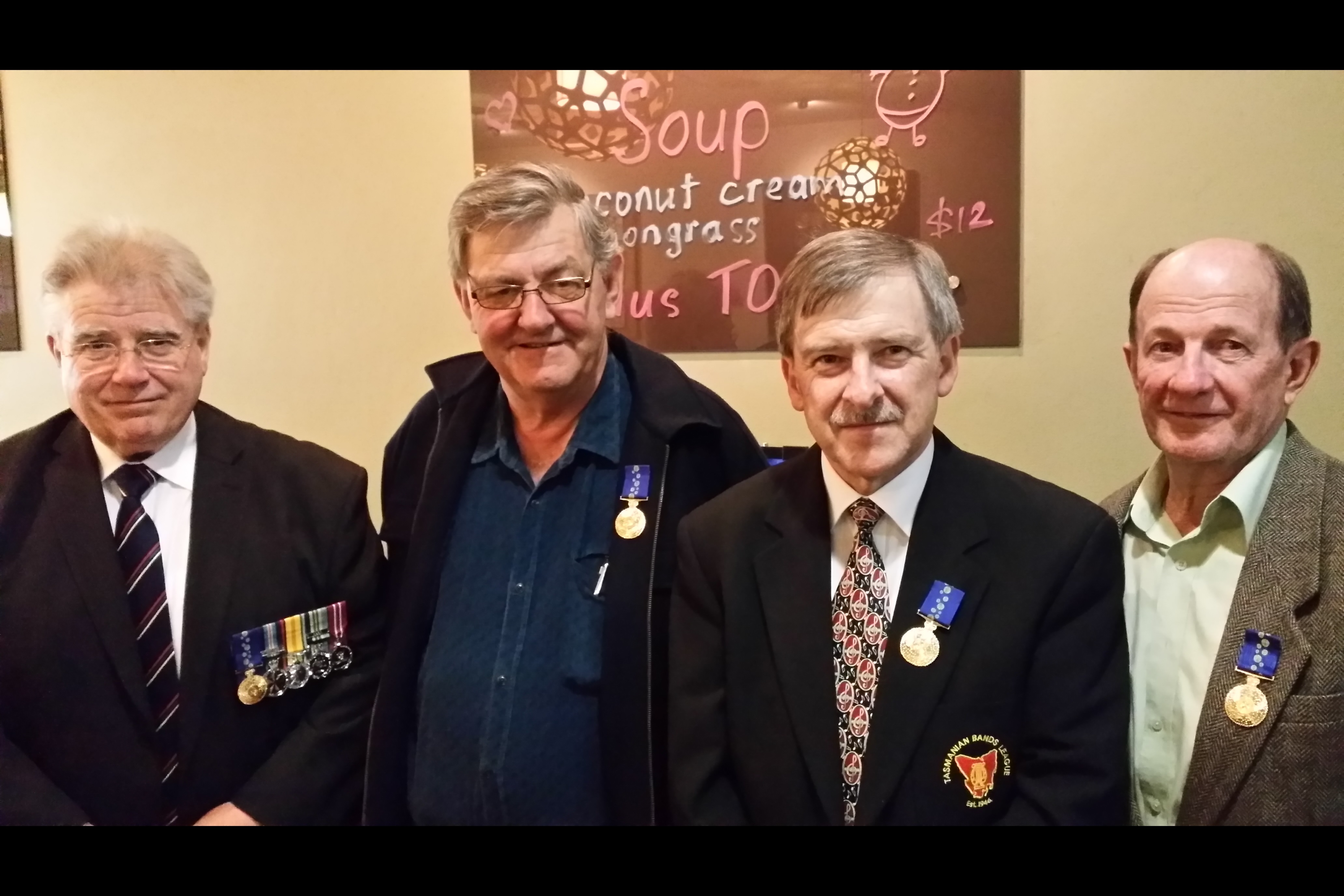 At the NBCA conference in Sydney on June 20th to 22nd the opportunity was taken to photograph the gathered four who have been awarded an OAM (Medal in the Order of Australia) in recent years. Present were current NBCA President Robert Bedwell OAM; NBCA Executive Officer Allen Woodham OAM; NBCA Vice President David Peters OAM and NBCA recent Vice President Geoff Fry OAM. In comparing notes it was discovered that while each of these awardees have served the NBCA for long periods their respective award citations were quite varied in describing the award.

It must be quite a unique situation to have four people who have been given this unique citation serving within the one organization at any one time. Congratulations were extended to the four individuals by the gathered NBCA Councillors as they enjoyed an evening together after a day-long conference which continued the next day.

David Peters Awarded a Medal in the Order of Australia 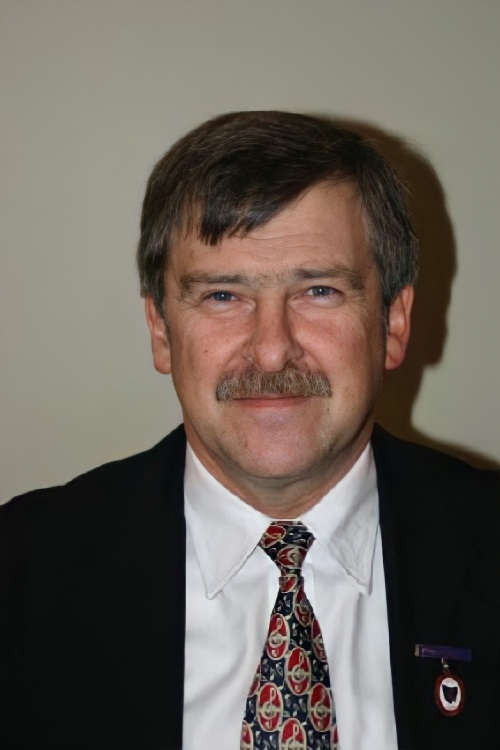 NBCA Vice President David Peters has been awarded a Medal in the Order Of Australia. The award was announced in the June 2014 Queen’s Birthday Honour’s list and recognizes David’s long and sustained service to music and the band community.

David’s contribution to the band community as a drill instructor, band leader and a long adviser to the NBCA and the movement generally has been invaluable and exemplary for many years and this award recognizes the uniqueness and dedication of David’s long contribution. The NBCA joins band people across Australia in congratulating David on this prestigious award.

Initial details for the 2015 Australian Band Championships have been announced with the release of Newsletter No. 1 by the NSW organizing committee.

Following the Parade of Bands, planned to be held in Hyde Park North, a Commemoration and Wreath Laying Ceremony will be held, with the assistance of the Australian RSL (NSW Branch), at the ANZAC Memorial, Hyde Park South. This service will be a special time to remember those community band members who paid the supreme sacrifice on active service and those who have since passed away.

In honouring our members and in commemorating the Centenary of ANZAC eight new works have been commissioned by prominent, proven Australian composers as Test Pieces for each of the Open Band grades using aspects of the commemoration and the spirit of ANZAC as the inspiration for their works. Further details of the early arrangements for this iconic event can be researched here.